Childhood is about making things, playing games, coming up with rules and names.

Games is also a great subject for language documentation because today’s adults were children once so all adults have something to say about it.

What else? Children love photographing each other playing!

***
Abas – a clapping game with songs usually played by small girls, although boys play too
Ames – a jumping game played by all children, similar to Hopscotch
Ases – a game with a rhyme where children put their hands on the ground and sing out a rhyme and one after the other “lose” their fingers until only one finger is left
Ayo – a board game for two players, usually men, that is very widespread in West Africa
Ekpe – an aiming-and-throwing game played with passion by smaller children where cashew nuts are lined up in the sand and pelted with stones to knock them over
Lago – a ball game for two people, usually young boys, that reminded us of volleybal
Locker  – a strategy game where two players move stones along a grid to form a vertical, horizontal or diagonal line
Okuto – a traditional skill game where a pointy snail shell or a bottle top is spun so that it stands on its pointy end and dances on the floor, similar to a wooden top
Ring – a skill game where a child rolls a small ring, guiding it with a little stick
Tyre – a skill game where a child beats a tyre with a stick or their hand to keep it rolling
Whot – a card game that all children play 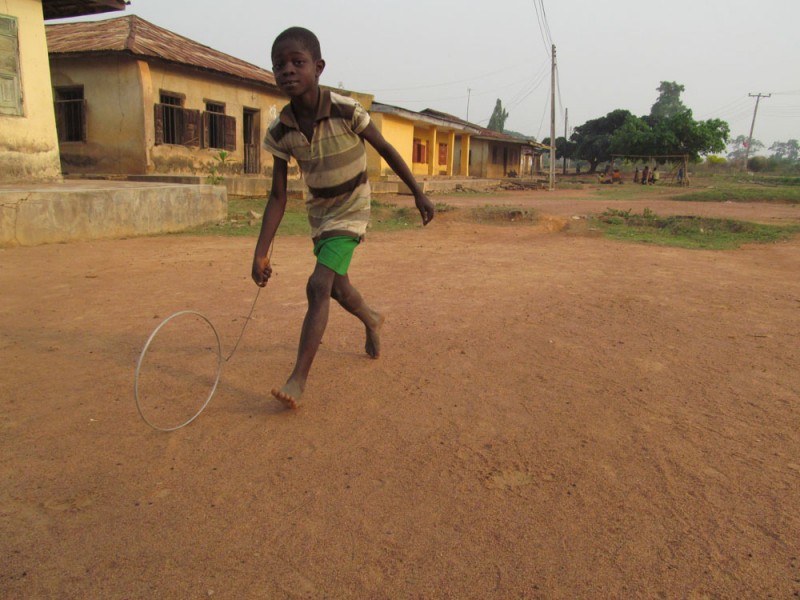 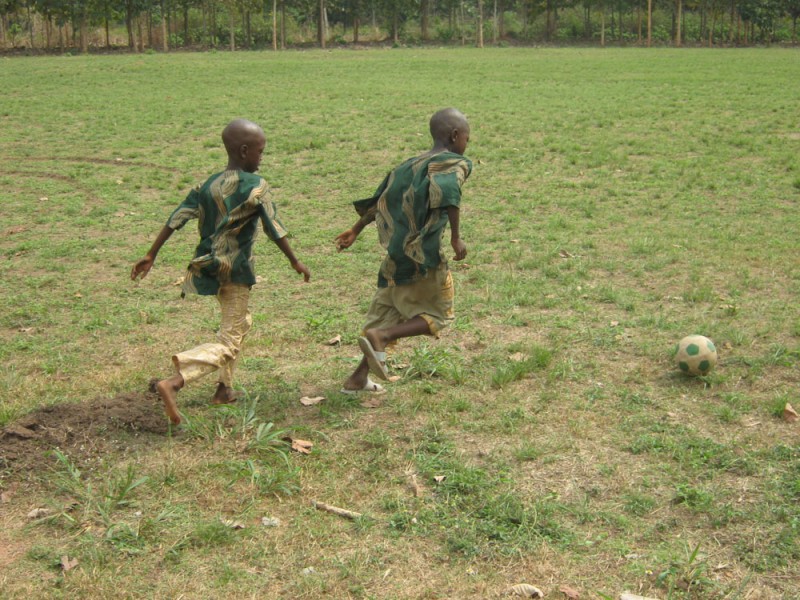